Do you need know what type of angle it is one in particular and calculate its supplementary or complementary? Use our online calculator and you will get the result you are looking for immediately. Just type the amplitude of the angle in degrees and click the calculate button to find out its classification.

If you want to learn more about the types of angles that exist on the basis of their measure, their sum, their position or other criteria. Read on because here you will find all the information you are looking for.

Angle classes according to their measure

The first classification of angles that we are going to see is based on their size. Below is a table that summarizes the types of angles based on their amplitude that we can measure in degrees or radians. If we need more precision, we can also convert the degree in degrees, minutes and seconds.

In case you have any doubts, we will now look at each type of angle according to its size in a little more detail.

The null angle is the angle that is worth 0º. and is formed by two coincident ray lines, which causes its aperture to be zero.

The acute angle is the angle that has an amplitude between 0º and 90º. or between 0 and π/2 if expressed in radians. 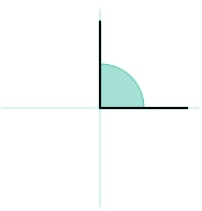 A right angle is an angle that is exactly 90 degrees or π/2 radians. It is a very well known angle in trigonometry since it is present in the Pythagorean TheoremYou will be working with him frequently. 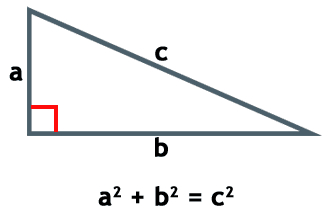 When we encounter a right angle, a kind of box is usually drawn on the corner (you have it represented in red in the image above). This box is only drawn with the angles that have 90º so it is a way to identify them quickly. 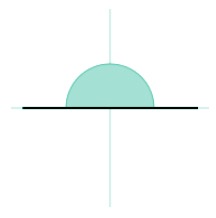 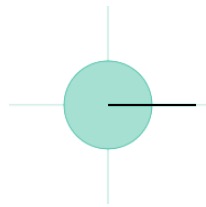 We define full angle as that whose amplitude is 360º or 2π radians. In short, a complete circle around. 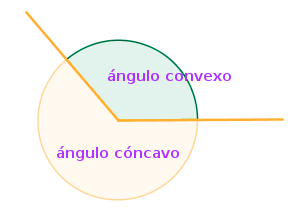 There are always doubts about concave and convex angles since we do not usually remember which one is which.

As you can see, both are classified according to their size with respect to the straight angle (180º). If it is less than this it will be convex due to the type of curvature while if it is greater it will be concave.

Types of angles according to their sum

The second classification of angles that we are going to see is based on the sum of two angles. Depending on the value that the sum gives us, we will have supplementary or complementary angles:

They are two angles that when added together give us 180º.. Let's take a look at several examples:

From the above we can deduce that two angles are supplementary if:

How do we find the supplementary angle of another of which we know its value? We simply have to solve the following formula:

Where α is the amplitude in degrees of the angle we know. 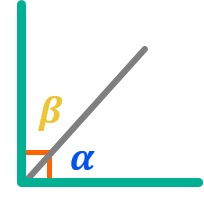 Two complementary angles are those that when added together give us 90º.. For example:

The formula to find the complementary angle of another is as follows:

Types of angles according to their position

Adjacent angles with those that meet the following characteristics:

For the above requirements, adjacent angles are always supplementary angles (add up to 180º) and consecutive. 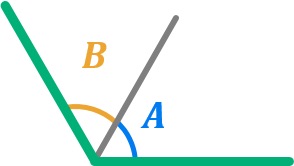 Consecutive angles have the following characteristics: 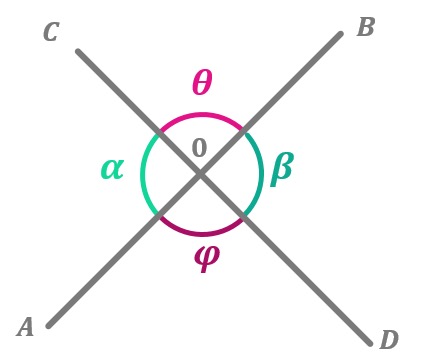 The vertically opposite angles are those that have their sides located on the same straight lines and these intersect at the vertex they have in common. In this way

In this type of angles you have to know that:

But if we take into account the equalities we have seen before, the equation can be simplified as follows:

Thanks to the previous demonstration we can see that both angles are supplementary and we can find the value of one of them if we know the value of the other.

Angles between parallels and a transversal straight line

There is a third classification of angles that we have when there are two parallel lines and a transversal line passing through themforming a total of 8 angles that we can classify in different ways depending on their position.

We call corresponding angles those that have the same position with respect to the transversal line, which also makes them have the same measure or amplitude.

In the case of the image, congruent angles would be those corresponding to the pairs:

The alternate interior angles are those that lie within the region between the parallel lines. Again, several pairs of angles that are equal are generated:

The alternate exterior angles are those that are in the outer part of the region between the straight lines that are parallel. In this case, the following angles will be equal:

This is due to the Theorem of the alternate exterior angles and by which we can see that:

We equal both equations and we are left with the following:

If we solve, we can see that angles 4 and 6 are equal, something that also happens between angles 1 and 7.

If you have any doubts about the types of angles that exist or you know more classifications that you want us to add, leave us a comment and we will help you as soon as possible.