From km/h to m/s is very common in problems at school, high school, college, university. If you want to avoid having to make a rule of three, our online converter will help you to make this simple calculation between widely used speed units.

If you wish to from m/s to Km/h, we also have a speed converter that performs the reverse transformation for you.

In order to understand how the conversion between these two speed units, we have to be clear that:

With the above data, we can create a multiplication factor which includes both variables and whose value we calculate by performing the following division:

Formula to convert from Km/h to m/s

If you are looking for the formula to convert Km/h to m/sThis is the one you have to apply:

There are some professors who express the decimal number of the above formula in the form of fraction. In this way, they can perform the operation without a calculator and leave it expressed with numerator and denominator, which is also valid. In this case, the formula would be the following:

In any case, the result is the same with both, so use the formula that is easiest for you to remember when calculating convert kilometers per hour to meters per second.

Let's see how to apply the change we have just described with a very common example when we talk about speed.

We will from 100 Km/h to m/s applying the formula seen in the previous section to check the equivalence of this speed in meters per second:

As you can see, it is very easy to perform the conversion following these guidelines we have given you.

In case there is any doubt, let's see another example in which we are going to calculate how many m/s is 120 km/h. To do so, we apply the above formula again and obtain the following:

Convert Km/h to m/s in Excel

If you want to know how to convert km/h to m/s using Excel, all you have to do is to open the spreadsheet program and type in an empty cell the speed in kilometers per hour that you want to convert to meters per second.

When you have written it, find an empty cell and write in it the following function that will allow you to convert from Km/h to m/h in Excel:

In our example we have used cell C3 to write the speed in kilometers per hour but you can use any cell you want. However, remember to change the coordinates in the formula above or it won't do the conversion to meters per second.

If you prefer, you can also write the speed to pass at meters per second directly in the formula. For example, if you wanted to transform 60 km/h to m/s, you have to write it like this:

Both options are valid although using the first method, you will be able to create your own Km/s to m/s converter in Excel as shown in the video above.

Table of equivalence from Km/h to m/s

Below is a table that will give you a much clearer picture of the equivalence between kilometers per hour and meters per second.

The clearest example is when we drive. We always have an idea of the kilometers we travel in an hour based on speed, however, seeing the equivalence in m/s helps us to become aware of certain things such as the time we need for braking, safety distance and a number of other issues related to the responsibility of riding in a car.

Use this table as you wish and if you wish, you can always print it to put it somewhere where it will always be useful and where you cannot use our online calculator.

What if I want to go from Km/h to Mph? 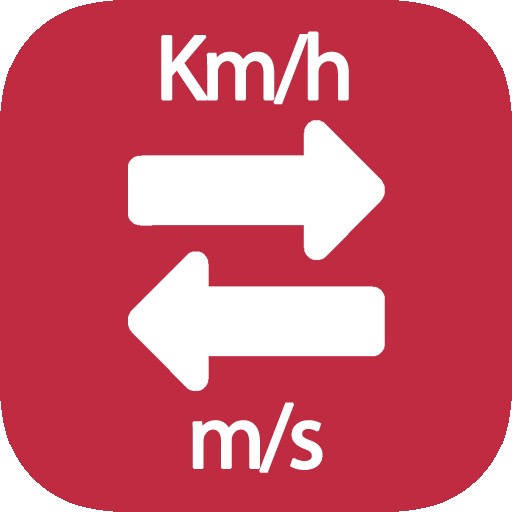 In this other case, we also have a Km/h to Mph converter, two speed units that are used in different territories and are very common in cars, motorcycles or even on road signs.

How does the Km/h to m/s converter work?

If you have questions about how to go from Km/h to m/s using our speed converter, in the video above you can see how it works with a couple of practical examples.

As you can see, everything is limited to introducing the number of km/h you want to change to m/s and press the calculate button to obtain the result immediately and save you any manual operation such as applying the formula we have seen before.