You have just left the first week of pregnancy and you enter the second one. The gestation process continues and important changes begin in your body.

Symptoms in week 2 of pregnancy 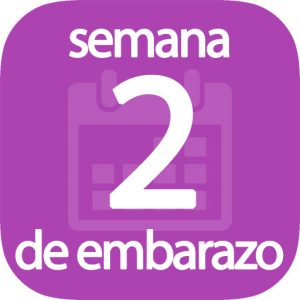 During the second week of pregnancy, the uterus prepares generating a kind of lining in which that tangle of cells that you have right now and the placenta will be implanted so that the fetus can nourish itself during its growth until the delivery date arrives.

As a result of this process, you are likely to notice the following symptoms during the second week:

Be patient because during the first weeks of pregnancy many changes occur in your body and that also intensifies the symptoms, making them sometimes difficult to bear.

Medical tests during week 2 of pregnancy

Although it is very early, the gynecologist will perform a examination and will recommend a blood test. to check your health. There are nine months ahead in which you will take care of yourself and a guest due in 39 weeks.

Of course, it is very important that start taking care of your diet and avoid drinking alcohol at all costs. Oh, and no smoking.

Development of the baby in week 2 of pregnancy

During the second week of pregnancy the embryo will be formed, a tiny embryo that will already have a head, trunk and a curly tail that will gradually give way to its organs and nervous system, but it is still early for that.

Let's see what will happen in the third week of pregnancy.