The first week of pregnancy is the most important one because it is when the event begins in which, from two cells, a precious baby will be engendered and born after 40 weeks.

Although the first seven days are the beginning of the process and it may seem that not many changes are taking place, the truth is that they are. some things change.

Symptoms in the first week of pregnancy 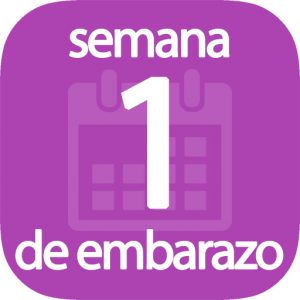 The mother will begin to notice the first symptoms that you are pregnant and this means that you may have a feeling of:

And how could it be otherwise, cravings begin which can be of all kinds depending on the mother.

Growth of the baby during the first week of pregnancy

As we said at the beginning, the fertilized egg and sperm will form a ball of cells called blastocyst that will grow as the days go by.

On the seventh day, the fertilized ovum will go down through the fallopian tubes to be placed in the uterus, where it will remain for the rest of the gestation process, which will last 9 months.

If you want to know more, please visit our pregnancy calculator and of course, don't miss out on the future changes that you and your baby will experience during the second week of pregnancy.