The trapeze is a type of geometric figure with four sides but which differs from the square or rectangle in that only two sides are parallel to each other.

Because of this, calculate the area of a trapezoid requires using a different formula than the usual multiplication of the base by the height. Luckily, our online calculator allows you to obtain the area of this geometric figure by simply entering the length of the smallest base, the longest base and the height.

How to extract the area of a trapezoid

For calculate the area of a trapezoid we have to add the length of the bases, that is, the sides that are parallel to each other. Then we multiply the value of the sum by the height of the trapezoid and, finally, we divide the result by two.

In short, you have to apply the following mathematical formula to obtain the area of a trapezoid:

Solved exercise of calculating the area of a trapezoid 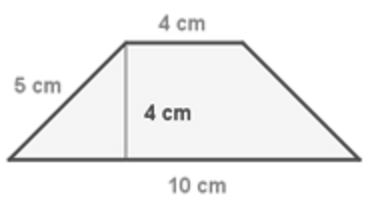 In order to better understand the above formula, let's see with a practical example how to calculates the area of a trapezoid from the length of its sides and its height.

In the previous figure we can see that the trapezoid has the following measures:

This is enough to be able to calculate the area of this figure geometric. We apply the above formula and we have that:

Remember that when we talk about areas, the resulting unit must be squared.

The trapezoids can be of different typesTherefore, we are going to offer you the classification according to their sides.

Although there are different types of trapezoids, the formula for calculating its area is the same for all.

The most common in geometry problems is the isosceles trapezoid, i.e., the one that has non-parallel sides of the same length.

There is also the rectangular trapezoid, which is the one that has one side perpendicular to the baseswhich results in the appearance of two right angles.

Lastly, we find the scalene trapezoid whose internal angles are all differents, the result of having sides of different lengths as well.

Perimeter of the trapezoid 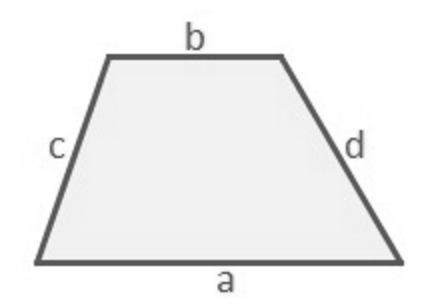 To calculate the perimeter of a trapezoid just add the length of its four sides, that is:

In the case of the perimeter of the isosceles trapezoidSince the sides c and d are exactly equal, the formula can be simplified:

Perimeter of the isosceles trapezoid: a + b + 2c

For example, in the solved exercise we have seen before, we have an example of an isosceles figure so we can calculate its perimeter applying the previous formula:

The median of the trapezoid is defined as the segment joining the halves of the two laterals and parallel to the two bases. To calculate its length, we must average the two bases, i.e., we have to apply the following formula:

In the image above, the median would be the FG segment.

How many sides does a trapezoid have? 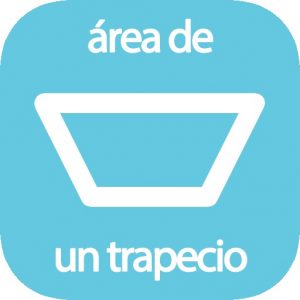 A trapeze is a four-sided figure: