Change from Terahertz to Hertz is an operation in which it is easy to get confused, it handles a high number of zeros and it is not surprising that in some operation we put some zero more or less. To avoid this kind of silly mistakes that spoil any mathematical problem, we have created this Thz to Hz converter that will do the calculations automatically and without errors.

Just enter the frequency in Thz you want to switch to Hz and click the calculate button to obtain the corresponding equivalence. If you want to perform the reverse operation, you can also use the tool as a Hz to Thz converter that works in the same way.

What is a terahertz

As we have said before, to go from Thz to Hz we have to take into account that we are going to work with powers of the order of 1012 Therefore, it is important for you to know what is a terahertz. Below you have its equivalence in hertz:

How to switch from Thz to Hz 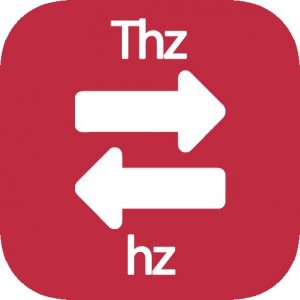 . From this equivalence, we can deduce the mathematical expression that will facilitate the conversion:

ExampleWe are going to convert 2 Thz to Hz using the above formula:

To propose another practical exampleIn this case, we are going to convert 1 terahertz to hertz in the same way as in the previous case:

How to switch from Hz to Thz 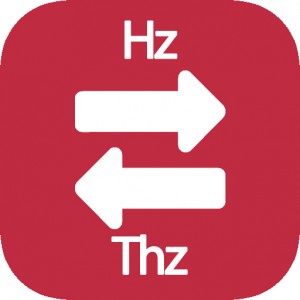 You should know that 1THz = 1012Hz, therefore, we can use this data to obtain the following mathematical formula that will allow us to move from one unit to another:

Example: imagine that we want to change 300 Hz to Terahertz. According to the above formula, we have that:

A foolproof method to avoid having to use a calculator to convert from Hz to Thz is to mover the decimal point 12 places to the left.

If you have any doubts about working with these two frequency units, leave us a comment and we will help you with any questions you may have.