The sine calculator will allow you to calculate this trigonometric value by simply entering the angle and selecting its units (angles or radians). When you have completed these data, press the calculate button and you will automatically obtain the value of the sine of the angle entered.

If you need it, we also have other trigonometric calculators to calculate the following functions:

Definition of sine of an angle

When we talk about the sine function, we have to imagine a right triangle like the one in the figure, so that to calculate the sine of the angle θ, we have to divide the opposite side by the hypotenuse. This can be represented by the following mathematical formula:

By example,Let's imagine that the opposite cathetus measures 3 centimeters and the hypotenuse measures 5 cm. With these data, the sine would be calculated as follows:

Remember that the value of a sine can only be in the following range between -1 and 1 so if we get any value outside that range, some calculation is wrong. You can check this yourself by practicing with the function of inverse sine which you can access by clicking on the link we have just left you.

Calculate the sine of a number in Excel

As it could not be otherwise, we can also calculate the sine of an angle in radians in Excel. Simply type this formula in an empty cell:

and write in parentheses the angle in radians for which you want to calculate its sine. If what you want is calculate the sine of an angle in degreesthen the function you should write is this:

Remember to change the A1 coordinates by the angle in degrees or by the cell in which you have written it.

Graph of the sine function

In this chart you can see how the representation of the sine function in its full range of values:

There are some values such as the angle of 45 degrees or 60º that do not show up well in the graph but give the following results:

For other values, you can use our online senna calculator or take a look at the table of typical values below.

Table of the sine function 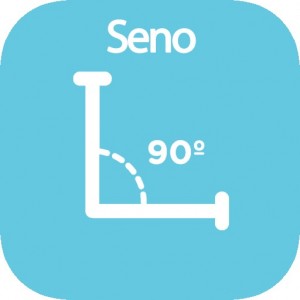 In the following table you will find how much is the equivalent of the sine of the most common angles. Remember that the sine function can only take values between -1 and 1, so any result outside this range is incorrect.

With this table you will be able to obtain sine of 0, sine of 30 and other typical angles that we do not usually remember unless we do trigonometry problems frequently. 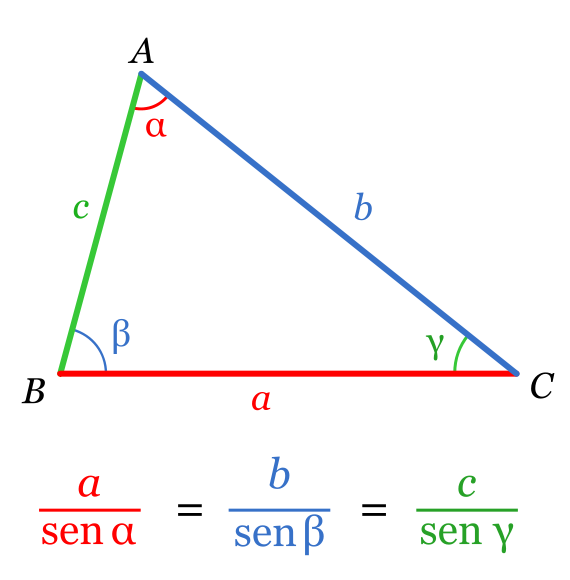 The sine theorem tells us that each side of a triangle is proportional to the sine of the value of the opposite angle.

The Sine Theorem is especially useful for solving problems in which gives us two angles of the triangle and one of the opposite sides. We can also apply it if we know two sides and they give us an opposite angle.

With these data we can solve the complete triangle, especially when combined with the Cosine Theoremwhich has very interesting applications such as allowing us to calculate the height of a mountain, a building or a tree. We can also calculate the slope of a climb and many other applications.

Sine of the double angle

The sine of double angle is calculated differently and this is the procedure you should follow to calculate it:

If you do not remember what is the derivative of sinethis will help you:

The integral of the sine of a function times the derivative of that function is equal to the negative cosine of the function. Mathematically, what we have just said is expressed as follows:

If instead of a function we have the simple integral of the sine of x, then:

Calculate sine on the calculator 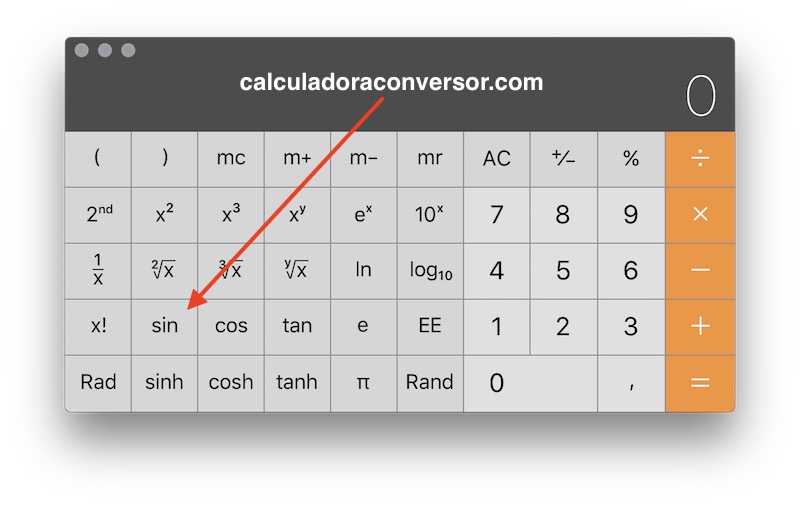 The sine function is one of the most used and for that reason, most calculators have a specific key that allows you to calculate it automatically.

If you have a calculator handy, look for the tecla etiquetada con las letras "sin" and that is the one you must press to remove the breast.

That's right, check whether you have the calculator set in degrees or radians. as this will radically change the result you get on the screen. If you don't know how to do it, try to calculate sin(90) and if you get 1 as a result, then it is set in degrees.