Rounding decimal numbers is very easy but sometimes, we forget the rounding rules to apply. With our online rounding calculator, you can simplify any number by using the number of decimal places of your choice. 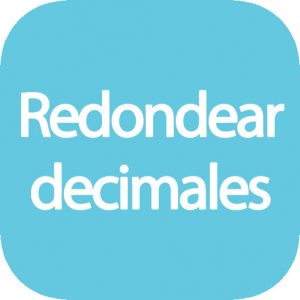 As we have mentioned before, to round a decimal number it is necessary to comply with a single rule that says that if the last decimal place is five or higher, the previous figure is increased by one unit. If it is less than five, it remains as is.

That is, if we want to simplify the number 1,456 so that it has two decimal places, it will look like this:

On the other hand, if we have a quantity like 1.23 that we want to simplify to tenths, we have that:

In both cases, we have looked at the value of the last decimal place and if it was equal to or greater than five, we have increased the immediately preceding figure by one unit.

When we change pesetas to eurosIn addition, it was also necessary to apply a rounding procedure that follows the same regulations we have seen in the previous point.

You know that 1 euro is equal to 166.386 pesetas. but in reality, we only handle prices in euros to two decimal places. If we had a price of 600 pesetas, when we convert it to euros we see that:

The smallest euro coin is 1 cent. (0.01 euros), therefore, we are obliged to round the above price. If we apply the rounding rules, we have that:

How to round numbers in excel

If you want to use Excel to round numbers automatically, you must use the Microsoft program's ROUND function.

To do this, choose a cell and type the following formula which will allow you to round numbers in Excel: 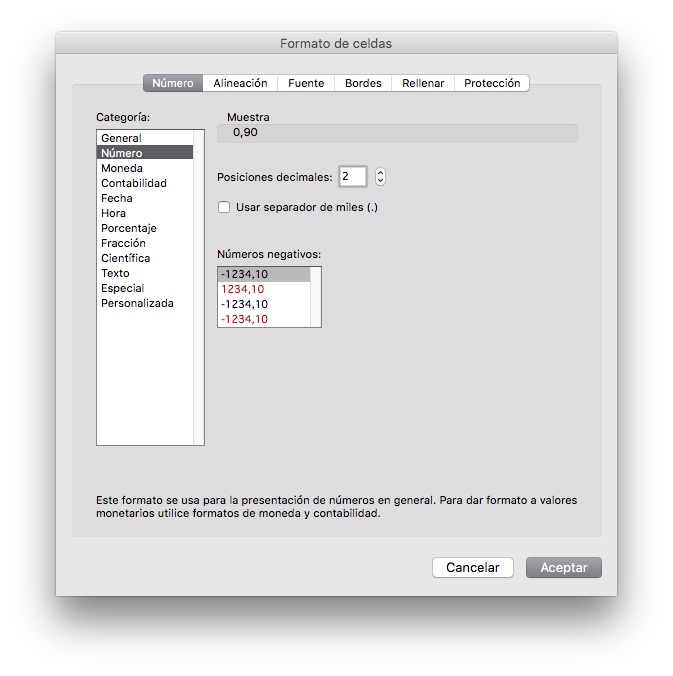 There is a alternative method for rounding numbers using Excel and that is to select the cell in which you have a number with decimals and go to the Format > Cells menu.