Do you want to learn how to calculate the area of the rhomboidits perimeter or to know its characteristics? You are in the right place.

What is a rhomboid? 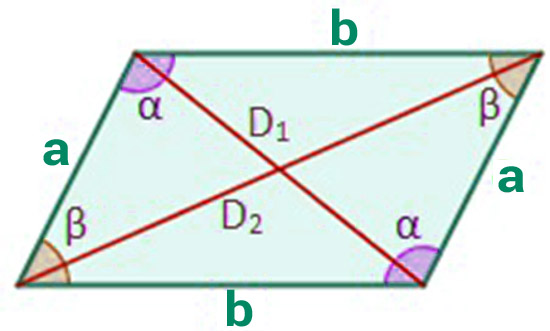 A four-sided figure or parallelogram that is neither a rhomboid nor a rhomboid is called a rhomboid. rectangle not a rhombus.

In order to know how to differentiate between them, here are the properties of the rhomboid:

How to calculate the area of a rhomboid 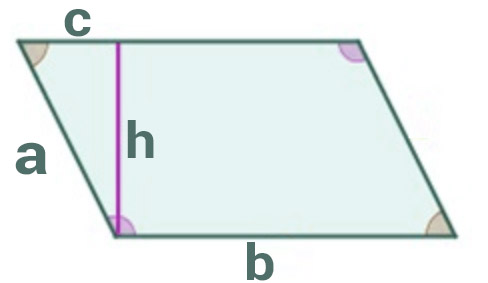 To calculate the area of a rhomboid we need to know two pieces of information:

With these unknowns we can apply the formula that will allow us to calculate its area, which is exactly the same as the formula for calculating the area of a rectangle:

For example, if we are asked to calculate the area of a rhomboid whose height is 5 centimeters and its base measures 9 centimeters, the result will be:

If we are asked to calculate the height of a rhomboid, we can use the pythagorean theorem to solve the exercise. The formula to be used will be the following:

We have called 'c' the segment between the upper left vertex and the line that delimits the height of the rhomboid. This data must be given to us because otherwise, we will not be able to calculate its value in a simple way. If you have problems with your exercise, leave us a comment and we will help you to solve it. 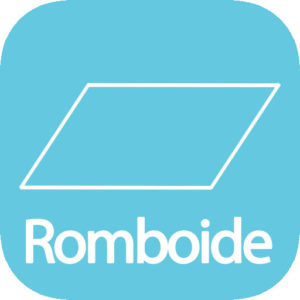 To find the perimeter of the rhomboid just add the length of all its sides together. As we have seen before, this figure has 4 sides that are equal 2 to 2, so we can calculate its perimeter by applying the following formula:

As a solved exercise, let's calculate the perimeter of a rhomboid whose base measures 9 cm and the oblique side measures 4 cm:

As you can see, it is a very simple calculation that does not involve any difficulty.

Difference between rhombus and rhomboid

Although the rhombus and rhomboid are very similar, they are not the same. Next we are going to see the equalities and differences between them:

If you have any questions about this, write us a comment and we will be happy to help you solve it.