Do you have a raffle and need generate random numbers? Don't worry, with our online tool you can configure the range of numbers to include and get a random number with each press of the button.

If what you need is generate text o secure passwordsPlease do not forget to visit the links we have just provided.

How the random number generator works 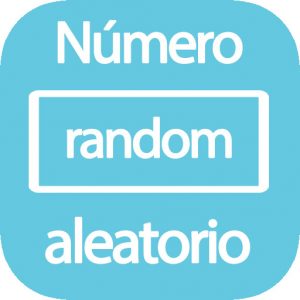 Our tool allows you to configure the range of numbers you want to be included. This is especially useful to obtain random numbers between 1 and 10, between 1 and 100 or the amount you want. Just set the minimum value, the maximum value and you're done.

When you have done so, press the calculate button and with each press you will get one random number within the range you have set.

One thing to keep in mind is that our random number generator is with repetitionthat is to say, the same number can appear several times.

Undoubtedly, one of the main uses of this generator will be for organize drawings and select the winner.

Random numbers for the primitive

You can also use our generator to obtain the numbers of the primitive. To do this you have to configure two intervals, one for the bet and one for the refund:

Each primitive bet is composed of six numbers within the range from 1 to 49.

Configure our tool and press the calculate button as many times as necessary to obtain different numbers randomly, so you can complete a bet or as many as you want.

In the case of the refund, you can obtain its value at random setting the range between 0 and 9

As it could not be otherwise, we can also generate random numbers in Excel using two methods explained below.

Random number between 0 and 1

If what you want is to obtain a random number greater than or equal to zero but less than 1then use this function in Excel:

Random number between two numbers of our choice

If the interval between 0 and one is too short, there is another Excel function that allows us to establish a lower and upper limit that we want. In this case the function is:

That is, if we want to obtain a random number between 1 and 100, we have to write the function in this form in an empty cell:

If we wanted to generate 5 random numbers between 1 and 10, the process would be the same but in the first step we generate only 10 random numbers. So with each particular case but if you have any doubt, leave us a comment and we will help you as soon as possible.

JavaScript has a function in the Math library that returns a number between 0 and 1 (not included). It is this:

If you want to get a random number between a minimum and a maximum without including itthen you have to write the function like this:

PHP also has a specific function to obtain random numbers between a minimum and a maximum (both included):

Need to know how to generate a random number in other programming languages like C? Leave us a comment and we will add more examples.