How to calculate the probability of an event 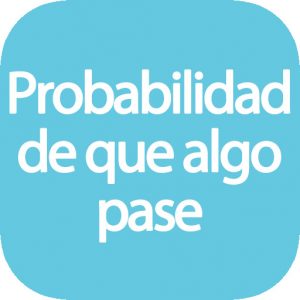 Calculating the probability of something happening is very simple. We simply have to apply the following division:

With the above data, we simply have to substitute in the formula that we have put a few lines above and solve the operation.

Examples of probability of occurrence

For example, do youwhat is the probability of winning the lottery?? In this case, we have a total of 100,000 results ranging from the number 00000 to 99,999 but only one of them will make us millionaires. Therefore:

What about chances of winning the euromillions? In this case, we have to match 5 numbers and 2 stars, which gives a single winning result among 116,531,800 possible combinations.

The result is devastating because our chances of winning the euromillions prize are practically nonexistent. so the only thing left to do is to rely on luck.

To give a more everyday example, what is the probability that we get a 3 on a die? We know that it has 6 different numbers, so the chances of hitting our bet are reduced to: