What is a prime number?

A prime number is a number natural number greater than one and that can be to decompose into two specific factorsThis was discovered more than 2,000 years ago by Euclid, a famous Greek mathematician.

If you want to learn how to decompose a number into factorsThe link that we have just left you will show you the process to follow or factor a number online, so you can get out of doubts and to see if it is a prime number or not.

How to know if a number is prime? 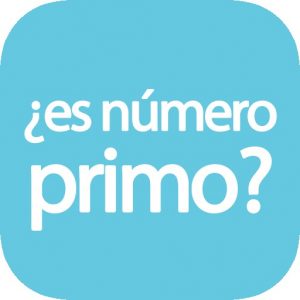 To calculate if a number is prime or not what we have to do is to divide it in an orderly way by all the prime numbers smaller than it.

Yes we do not obtain exact divisions and we manage to get a quotient less than or equal to the divisorthen we are dealing with a prime number.

The first thing we have to do is write all the numbers from 2 up to the quantity you want. For example, let's find all the primes from 2 to 50.

Now we eliminate all those numbers that are multiples of 2:

We have to repeat the previous step with the following numbers after 2 that have not been eliminated. So, now we eliminate all the multiples of 3:

The next number from which we have to remove all its multiples is 5. To simplify the process, we will also remove the multiples of 7.

Is 1 a prime number?

The number 1 has only one divisor: itself. Because of this, right now the number one is considered neither prime nor composite but a unit by which all natural numbers can be divided.

Taking into account the reasoning of the previous point, the smallest prime number that exists is 2.

This number has been discovered by Curtis Cooper, a mathematician at the University of Central Missouri located in Warrensburg (USA).

Will a prime number larger than this one appear? Yes, it's only a matter of time. Computers and special software are being used all day long to find larger prime numbers. What's more, the group dedicated to this type of discovery has assured that it will not rest until it finds a prime number with 100 million digits.

Below you will find a table that shows the prime numbers from 1 to 100You can tell them apart because they are highlighted in red. The rest are not prime numbers: