Use our millimeter to feet converter to work with both units of length easily and without additional calculations. Simply enter the distance in millimeters that you want to convert to feet and then click on the calculate button.

At your disposal we also have a converter to convert from feet to millimeters, a conversion that is perhaps more common if you live in European countries where we use the international system of units. Just select it in the following tool

How many millimeters is a foot

How to go from millimeters to feet 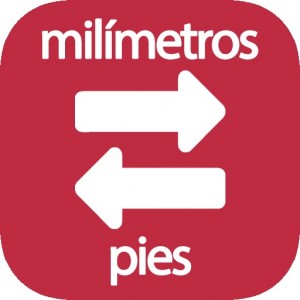 Once we know how many millimeters a foot has, we can apply the following formula with the calculator to convert any distance in millimeters to feet:

For example, let's convert a length of 476 millimeters to feet by applying the above expression:

As you can see, going from millimeters to feet it does not entail much difficulty although it requires us to remember the factor by which we have to divide, something we don't usually know since we are not used to working with a unit of distance such as feet. Luckily, our converter will do all the hard work for you.

Convert mm to feet in Excel

Do you want to make your own mm to feet converter? Then just have Excel installed on your computer and type the following function in a free cell of a spreadsheet:

In the video above, you can see practical examples of how we have made the millimeter to feet converter with Excel.

How to go from feet to millimeters

If you want to know how we make the conversion between both units, you must take into account that 1 foot equals 304.8 millimeters. From here, you can apply the following mathematical formula to convert from feet to millimeters with your personal calculator:

How many millimeters is a foot? 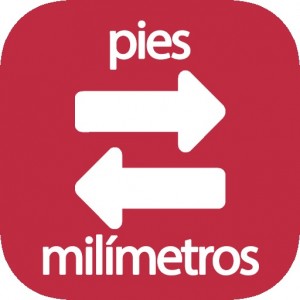 As we have seen in the previous point, this is the equivalence of a foot to millimeters:

From this equality, you can work with both units of length by applying a simple rule of three.

It is common for the foot length measurement to be referred to as the 'ft', una abreviatura de feet que significa pies in English.

In Spain we do not usually work with feet as we work with the international system of units that does not include the foot or feet as a unit of length, however, the foot is a unit widely used in other territories.

How to convert from feet to mm in Excel

If you want to create your own feet to mm calculator using Excel, you can use the Microsoft program to convert between these two units of length.

In the video we have recorded we show you several practical examples of how to perform the conversion from feet to millimeters by using the following formula:

You must remember that C3 are the coordinates of the cell in which we have written the amount of feet we want to move to millimeters and that you will have to modify for your spreadsheet in case you use different coordinates.

If you prefer, you can also convert from feet to millimeters by typing the number directly into the formula:

In this last example, you will spend 16 feet to millimeters and you will have to modify the number in the formula every time you want to convert another quantity to mm.

Table of equivalence of feet to mm

Below you will find a table with a wide variety of conversions from feet to millimetersThis way you have a much clearer idea of the equivalence between these two units of length.

You can also take this table and print it out to put it in a place that is always useful to you and where you can't use our unit converter due to the lack of Internet connection.

Table of equivalence from millimeters to feet

Below is a table of equivalence that includes several of them mm to feet conversions to give you a more global idea of the correspondence between the two units.