Convert kilos to tons and can be very useful when handling large amounts of weights. Thanks to our kilograms to tons converter, you can perform the calculation automatically by just typing the Kg you want to convert to this larger unit.

If you want to perform the reverse conversion, our converter from tons to kilograms will also allow you to obtain the equivalence between these two weight units automatically. Its operation is very simple since you only have to select the type of conversion, enter the number of tons you want to convert to kilograms and then click on the calculate button.

How to go from kg to tons 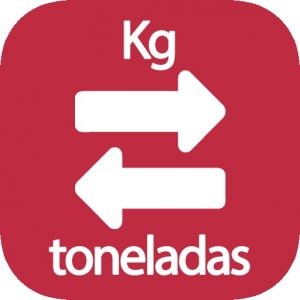 You probably know that one ton equals one thousand kilograms So, starting from this basis, we can easily calculate the formula we have to apply to go from kilograms to tons:

By example,We are going to convert 500 kg to tons to see what the result is:

As can be seen, the calculation is very simple, although, as we have said before, working with a magnitude as large as the ton only makes sense for huge amounts of weight.

How to convert kilos to tons in Excel

Now that we know convert kilos to tons with the formulaLet's see how the conversion is done in Excel.

To do this, open a new spreadsheet and type in an empty cell the following formula:

After pressing the Enter key, Excel will calculate that in 1 Kg there are 0.001 tons.

How to go from tons to kilograms 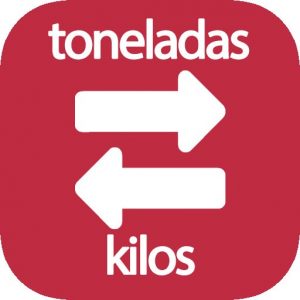 The ton is a very large unit of weight, so much so that most of us don't use it in our daily lives because it doesn't make any sense. But how much is a ton in kilograms? To refresh our memory, we should know that a ton is equal to 1,000 kilograms.

From the above we can deduce that to go from tons to kilograms, it is enough with multiply by a thousand as shown in the following formula:

By example,We are going to move to Kg a weight of 2 tons:

Tons to kg in Excel

We will also see how convert tons to kilograms using Excel. In this case, we simply have to transfer the formula we have seen in the previous point to the Microsoft spreadsheet program.

Press the enter key to get the result. If you have done it right, Excel will calculate that in 5 tons there are 5,000 kilograms.

Table of equivalence of kilograms to tons

To have a clearer reference of the conversion from kilograms to tonsBelow you will find an equivalence table that covers different conversions from 0 Kg to 1,000 Kilos:

Table of equivalence of tons to kilograms

The following table shows in different intervals the conversion to kilograms from 0 tons to 100 tons, a very high figure that will serve as a reference to have a clearer understanding of the equivalence between these two units of the international system.