The HSL color model defines parameters such as color hue, saturation and lightness. Below you will find a couple of tools for convert from HSL to RGB and hexadecimal.

Of course, we also have the RGB to HSL converter so that you can perform the inverse transformation, which you will find below. 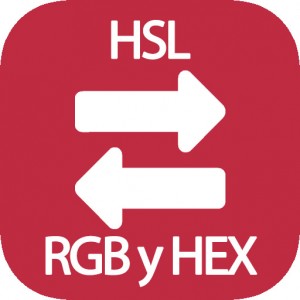 Online HSL to RGB and hexadecimal converterThis is a useful tool that will allow you to work with these three color models so widely used by different photo and video editing programs. 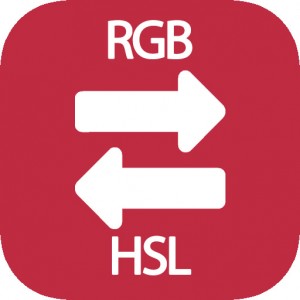 Convert from RGB to HSL without installing any software is possible thanks to our online tool that will allow you to obtain the equivalence between these two color models.

To use the RGB to HSL converter just enter the red, green and blue color levels. Then press the convert button to get the equivalent color code and a preview of the chosen shade. 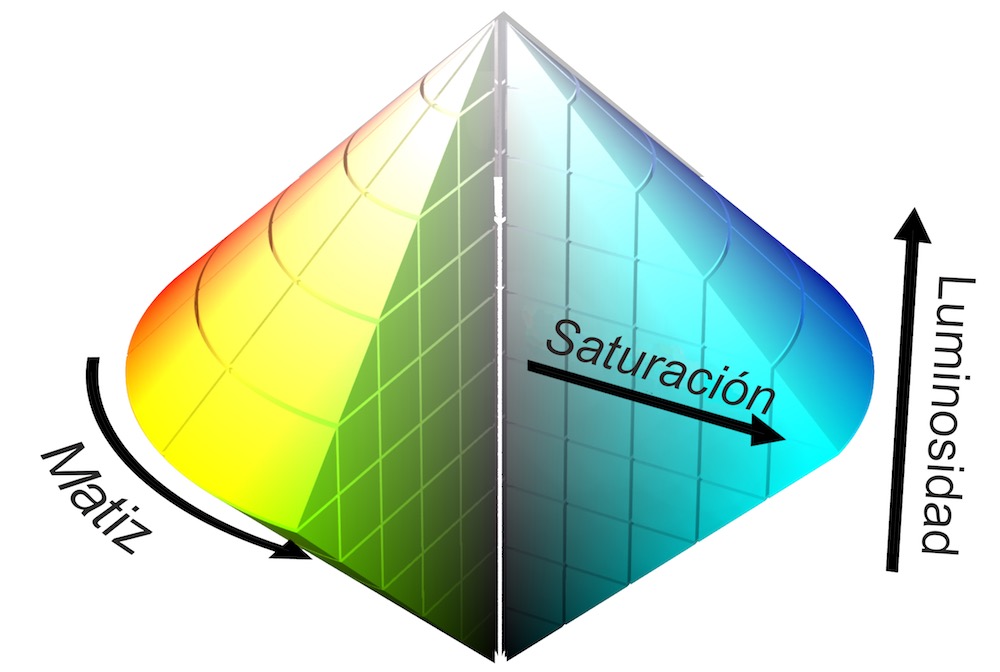 The HSL model stands for Hue, Saturation, Lightness, and Lightness. or, if we prefer in Spanish, matization, saturation, luminosity.

These three parameters are the ones taken into account to achieve a color in the HSL model and as you can see in the image above these lines, saturation increases from the center outward and the luminosity from the bottom to the top of the double cone.

While hue is measured in degrees ranging from 0° to 359°, saturation and lightness are expressed as a percentage from 0 to 100, such that:

What we have just told you is represented in the following figure:

As we have said:

In the following table you will find the equivalence of the most basic colors in the color models we have already mentioned, i.e. HSL, hexadecimal and RGB.