Convert Gigahertz to Megahertz is very easy with our online frequency converter. We just need you to enter the frequency in Ghz you want to convert to Mhz and press the calculate button to get the equivalence you are looking for.

In case you need to perform the reverse conversion, we also offer you the possibility of convert Mhz to Ghz which works in the same way. We hope that with our online converter you will save time and above all, it will prevent you from making mistakes.

Formula to convert from Ghz to Mhz 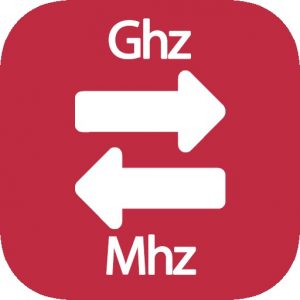 Assuming we know that 1GHz = 1000MHzIf we want to change from Ghz to Mhz, we can easily deduce that we must apply the following formula:

As a practical example, let's convert a frequency of 3 gigahertz to megahertz:

Let's see with one more example how to convert from Ghz to Mhz applying the formula explained in the previous section. In this case we are going to pass 1 Ghz to Mhz to know the equivalence between both frequency units:

As you have probably already deduced, in order to make the Gigahertz to Hertz conversion just move the decimal point three positions to the right, adding as many zeros as necessary to do so. With this simple trick you will avoid having to use a calculator to calculate the equivalence.

How to switch from Mhz to Ghz 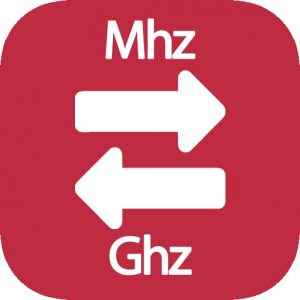 In order to convert a specific frequency in Mhz to Ghz, we must first know that 1GHz = 1000MHz. From this equivalence, it is easy to derive a formula that allows us to apply the conversion between these two units:

ExampleWe are going to convert 6 Mhz to Ghz using the above expression:

Let's see another practical example how to convert Megahertz to Gigahertz. In this case, we are going to convert 1 Mhz to Ghz in the same way as we have seen in the previous point:

As you can see, the mechanism is very simple and always follows the same pattern, i.e., divide by one thousand.

If you want to have a table with some of the most important Ghz to Mhz conversionsIn the following we have compiled some equivalences that cover different ranges from 0 Ghz to 1 Ghz.