Do you want to know cow many liters are in a gallon? Thanks to our online converter you will be able to know instantly the equivalence between the two volume units and work with them easily.

Although you can use our gallons to liters calculator To find out, one international gallon equals 3.7854118 liters.

How many liters is a gallon

When we talk about gallons, it can be a international or imperial gallon. Both are different from each other so below is the equivalence in liters for each of them:

As you can see, the imperial gallon has more liters volume compared to the international gallon.

How to convert gallons to liters

For convert gallons to liters we have to use the following formula in which we will have to solve a multiplication with many decimals:

Why do we multiply by this value? It is because it is the equivalence of 1 gallon in liters.

If you want to convert imperial gallons to litersthen you will have to use this other formula:

Do you have to use so many decimal places to convert gallons to liters? It is the most advisable to avoid rounding errors, but if you do not need the final result to be very precise, you can keep the first three or four decimals, which are the most significant.

In order to put into practice the theory seen in the previous point, let's move on to 5 gallons to liters using the above formula:

For example, we are going to perform the conversion of 10 gallons to liters in each case to see what result we get depending on whether we are in the international or British unit:

How to convert liters to gallons 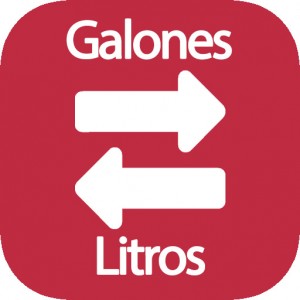 If what we want is from liters to gallonsIf we want to divide, we will have to do the opposite operation, that is to say, divide in the following way:

If you are going to spend from liters to imperial gallonsthen the division to be made is as follows:

Conversion from gallons to liters in Excel

If you have Excel installed on your computer, you can also use it to make these conversions from gallons to liters and vice versa. Here is the formula to use:

For example, if you want to convert 2 gallons to liters in Excel, the final formula to use would be this:

As you can see, simply we have changed the word number to the number of gallons. we want to convert to liters.

If you want to working with British stripesthen the formula you should write in Excel is this:

Liters to gallons in Excel

What if you want to do the conversion in reverse? In that case, you simply have to change the order in which the units are written in the formula, placing first the liters and then the gallons. This is how it would look in each case:

If you have any doubts, leave us a comment and we will help you although Excel itself will give you all the instructions so that there is no room for errors when performing the conversion.

Table of equivalence Gallons to Liters

Below you will find a table with some of the most importantonversion of U.S. or international gallons to liters.

Finally, we leave you with this one table of imperial gallons to liters equivalences that you may also find useful: