With our division calculator you will know the result obtained by dividing two real numbers.

The operation of the division calculator with remainder is very simple since you only have to write the value of the dividend and the divisor. When you have done it, press the calculate button and you will get the result of the division in decimal form or broken down by quotient and remainder, all automatically to make it easier for you to perform the division.

Parts of the division

What is the remainder of a division?

If the division is not exact, a fourth term appears, which we call rest and which is the remainder of the division. You can use our division calculator to check each of these terms above.

As with other mathematical operations, division also has a number of properties to know in order to avoid mistakes:

One of the most frequently asked questions in exams, especially when studying limits in mathematics, is to calculate how much is zero divided by zero. Many, erroneously, say that the result is equal to zero but it is not true. 0/0 is an indeterminacy.

In the case of a division of type k/0in this case the operation is not defined. What we have to do is to solve the limit on the left and on the right to see if the result is equal to +infinity or equal to -infinity.

When you want to learn how to divide, the easy solution is to resort to a division calculator as ours. However, there are a number of tricks that help us to know if a number is divisible by any of the following figures:

Knowing these divisibility criteria can help us to solve divisions quickly and without resorting to the calculator.

How to make divisions in Excel

Making divisions with quotient and remainder in Excel

If you want to obtain the quotient and remainder of a division in ExcelIf you do not use the formula, you must use the following mathematical formula for each one:

Making divisions with decimals in excel

If you want to obtain a division with decimals in excelyou have to write the following formula in a cell:

Remember that A1 and A2 are the coordinates of the cells in which the dividend and divisor are located respectively.

If you want to check if a division is solved correctly, there is the division test. how is it done?

To do the division test the following equality must be fulfilled:

Explained theoretically, the division test tells us that the dividend has to be equal to the multiplication of the divisor by the quotient to which we have to add the value of the remainder. If this is not fulfilled, the division is not right.

We have put back the photograph with the parts of the division so that it is clear what to take when checking if the account is well done.

In the example of the photograph, we are going to check by means of the division test if it has been well resolved:

As we can see, the equality is fulfilled and therefore the account has been done correctly.

If you are learning to divide, the division test will help you to find out if you have solved the exercise correctly or not. You can also use our division calculator to check if the result you have obtained coincides with ours.

Online division calculator, how it works

If you still have doubts about how to use our full division calculatorBelow you have an explanatory video in which we propose several examples of this mathematical operation. If you are still not sure how to use it, leave us a comment and we will be happy to help you with whatever you need.

You simply have to keep in mind that the online division calculator that we have developed shows the same end result but expressed in two different ways:

If you found the information provided here useful, share it in your networks or subscribe to our networks. You will be doing us a big favor and it doesn't cost you anything :)

Divisions with the scientific calculator 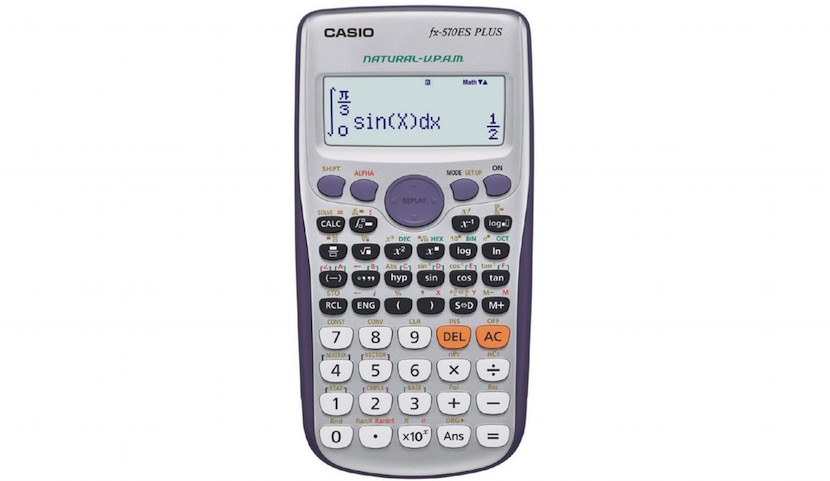 We are not going to tell you that with the scientific calculator you can make divisions just by pressing the key with this symbol ÷, right?

However, if I tell you to calculate the rest with the calculatorHow do you do it? By default the result will be in decimal format but there are several ways to get the value of the remainder.

Formula to calculate the remainder with the calculator

The first is by manual calculation, which never fails. To do this, we will apply the following formula to calculate the remainder:

For example, if we divide 7 by 5, we get a result equal to 1.4. We know that the quotient is the integer part, therefore, it is 1. Now we substitute in the above formula and we have that:

Easy, isn't it? Let's see another method of calculating the remainder with the calculator.

If you have a Casio or other brand of scientific calculator in your possession, there is a way to obtain the remainder of a division.

To do this, we solve the operation as usual and when we have the result in decimal format, we press the following keys:

By doing so, the division calculator will show us the result in mixed fraction format. This means that we will be able to see a whole part (quotient) and a fraction whose numerator will be the remainder.

If we apply this to the example we have seen before, this will appear in the calculator display:

This means that the quotient is 1 and the remainder is 2.

If your calculator is more advanced or programmable, you may have the MOD function that calculates the remainder of a division more clearly. 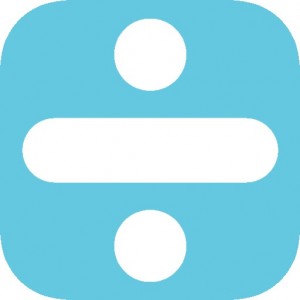 If you want to learn how to divide fractionswe also have a fraction division calculators in which we also show you how to perform the operation, regardless of whether the fractions have the same denominator or different denominators.