Divide fractions online in the simplest way possible with our mathematical calculator. Its operation is very simple since you only have to write the two fractions you want to divide, each one in its corresponding text field and following the 2/3 format to indicate how much the numerator and denominator are worth.

When you have written the two fractions, press the calculate button and you will obtain the division between both fractions.

How to divide fractions

In case it is not very clear, in the following figure you can see how we have resolved the division of fractions of the example applying this cross multiplication:

It may be confusing to divide fractions by cross multiplication, but that is what this operation is all about. With a little practice, it will be very easy to get used to the procedure we have to follow.

It should be noted that the result 54/12 can be simplified even further to achieve a irreducible fractionwhich in this case is 9/2.

When dividing fractions, the method to be followed is always the same and it has no influence whatsoever that the fractions are divided by the same number of fractions. fractions have the same denominator or a different denominator.

In both cases it will be necessary to perform cross multiplication we have seen in the previous point.

Si no sabes cómo se dividen tres fracciones, existe un método muy sencillo que no falla. Este "truco" consiste en divide the first two fractions (which we do know how to do) and the final result we divide it by the third fraction that is still pending.

For example, imagine that we are asked to do the following division of three fractions:

In this case, we take the first two fractions and divide them by each other:

Now we take that result and divide it by the third fraction we are missing:

In the end we have achieved divide 3 fractions by breaking down the operation into divisions of two fractions.

How to divide fractions in Excel

If you have Excel, you can also dividing fractions the easy way with this spreadsheet program. The steps to follow are as follows.

Select the range of cells in which you are going to write the fractions. you want to divide. Now go to the Format > Cells menu and select the Fraction up to three digits category. 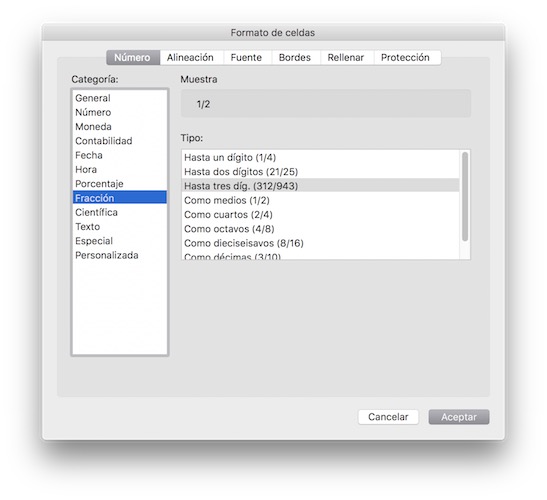 Accept the change and write in the cells that you have selected the fractionsone for each cell.

When you have it, place yourself in an empty cell and in that cell we will display the result by typing the following formula:

In that formula we have divided the fraction that we have placed in cell A1 by the fraction in cell A2. You may have to adapt the formula to the coordinates of the cells you have used.

If you have any problems performing the division of fractions in Excel, leave us a comment and we will help you as soon as possible. 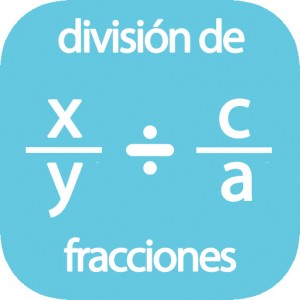 It is very important that do not confuse the operation of dividing fractions with that of multiplying them.:

If you need, we also have at your disposal other tools for making calculations with fractions online.