If you want to calcular el determinante de una matriz 2x2 onlinethen you are in the right place. Here you will find a calculator that will allow you to know the value of the determinant, but we also show you how to calculate it manually, in Excel or using the scientific calculator. 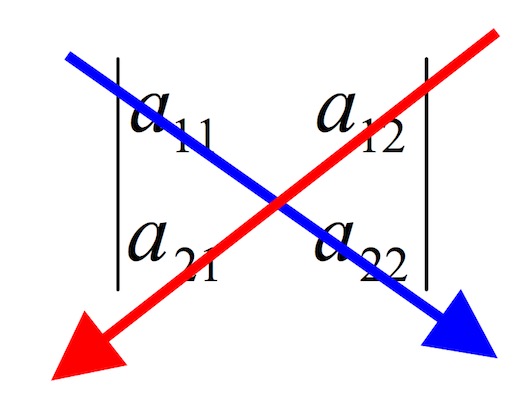 Calcular un determinante de una matriz 2x2 is very easy. You only have to multiply the elements of the first diagonal and subtract the result obtained from multiplying the elements that compose the second diagonal of the determinant.

This is something you can see in the following fórmula para calcular el determinante 2x2 of a matrix: 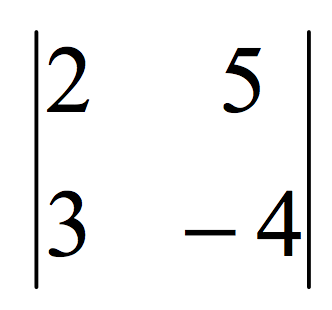 In the following example we will see cómo se calcula el determinante 2x2 of the image taking into account the theory seen in the previous point.

The first thing we do is to perform the multiplication of the elements that make up the main diagonal of the determinant:

Next we do the same but with the secondary diagonal:

Finally, subtract the result of the main diagonal of the obtained with the second one:

That would be the result we obtain by resolver el determinante 2x2 example.

Excel can also help us to resolve determinants of any size. In this case, the first thing you have to select are 4 cells in which to place the elements of the matrix.

Once you have written your nxn matrix, choose an empty cell and type the following formula:

Between the parentheses you must select the range of cells that make up your determinante 2x2. In our video example, we have used the expression in this form:

Thus, we can immediately solve any determinant without wasting time, something very useful to save time or to check that we have not made a mistake in any operation. This method is also valid for major determinants