Convert any decimal number into a fraction is a simple operation but thanks to our online calculator, you will be able to do it automatically by just entering the number in decimal format and pressing the calculate button.

In return, you will know the greatest common divisor to arrive at the irreducible fraction equivalent to the decimal number you have written. Undoubtedly, a very useful tool for mathematical problems in which we sometimes have to convert a number into a fraction to get a common factor or to facilitate calculations. We would also like to take this opportunity to remind you that we also have a calculator available that will allow you to change from fraction to decimal in the same way.

How to convert a decimal number to a fraction

Manual operation for convert a decimal number to a fraction is simple and consists of the following steps:

As you can see, the process for change from decimal to fraction is quite methodical and only requires you to follow these steps in order to do it correctly. If you are not sure how to convert a decimal number into a fraction, you can ask us in the comments and we will try to help you as soon as possible.

Remember that you can always use our calculator to convert from decimal to fractions immediately and saving you all the calculations we have told you about in this section. It is always good to know where things come from but once you have learned it, you can resort to the automatic method to save time and avoid possible mistakes.

Decimal to Fraction Converter with Excel

There is an additional method by which you can convert from decimal to fraction easily. If you have Excel installed on your computer, open a new spreadsheet and select two empty cells.

In the first one, he writes the decimal number you want to convert to a fraction. When you have done so, go to the second cell and type the following formula:

To make it work, be sure to change the A1 coordinates to the coordinates of the cell in which you typed the number.

Now all you have to do is change the format of this second cell to a fraction with three digits (to increase the precision) and Excel will automatically make the change from decimal to fraction.

Table of equivalence from decimal to fractions

If you need a table of equivalence to have a quick reference between decimal number and its corresponding fractionIn the following you will find some of the most commonly used changes.

You can always print this table if you use the decimal-to-fraction change frequently or use it as a source of solved exercises with which to practice changing decimal to fraction. 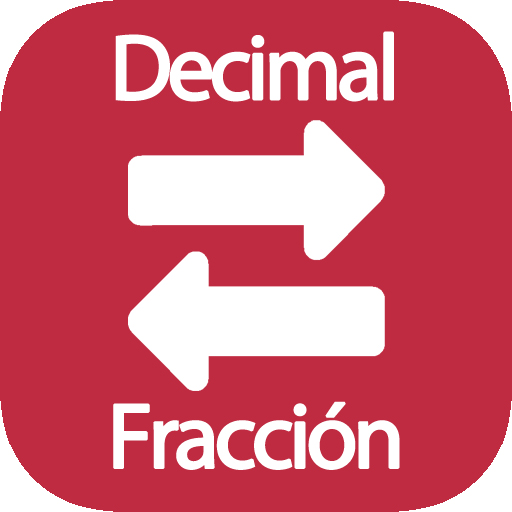 Remember that if you need to carry out any other operation, we have at your disposal a fraction calculator with which you can perform addition, subtraction, multiplication, division and other calculations involving numerators and denominators.

2 thoughts on “Decimal a fracción”