Change from candelas (cd) to lux (lx) easily with our online converter. Its operation is very simple and you only have to enter the luminous intensity in candelas (remember that 1 cd = 1000 mcd) and the distance to the light source (in meters or feet).

When you have the data filled in, press the Calculate button and you will automatically obtain the Lux equivalence.

What is a candle (cd)

The candela is a unit of the International System of Units that is used to measure light intensity of a light source.

For example, a common candle provides a luminosity of approximately 1 candela. If we go to a 100W filament bulb, its candela equivalence would be about 130cd. Another typical example is that of fluorescent lamps that with 40W of consumption are capable of generating around 200cdThis makes them a much more efficient light source than incandescent bulbs.

How to switch from candelas to luxes 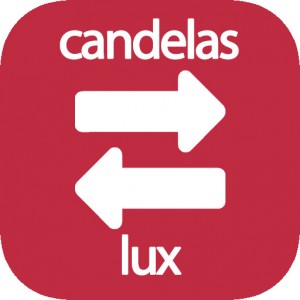 The illuminance Ev in lux is equal to 10.76391 times the luminous intensity (Iv) in candelas divided by the square of the distance to the light source in square feet. This theoretical explanation is summarized by the following mathematical formula:

If you have the distance to the point of light expressed in meters, then the formula to be applied to convert candelas to lux is this:

Luxmeter to measure the amount of light 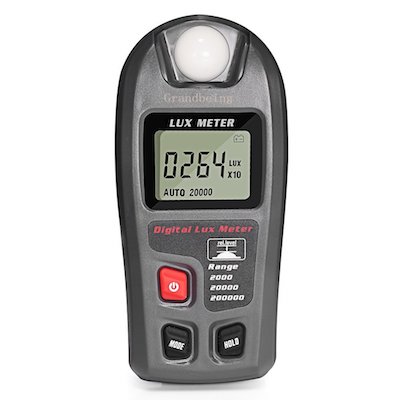 If you want to know how many lux a light source radiates in real conditions, there are some instruments called lux meters that are especially useful for the world of photography, as they will help us to calculate parameters such as aperture, ISO sensitivity or shutter time that we need to take a perfect picture.

If you are interested in seeing luxmeter models, here you have the best offers in this equipment whose operation is very simple. You just have to turn it on and in a second it will appear on the LCD screen the amount of light at that point, being able to express the result in Luxes or Candelas.

What is the price of a luxmeter?

The luxometers usually cost between 15€ and 25€.. If we want something more professional, there are options that start from 40 € to quite higher figures such as 200 and 300 euros.

The difference between one equipment and the other is obviously accuracy. An amateur photographer may work perfectly well with a cheap luxmeter, however, someone more professional and equipment much more sensitive to ambient light needs more precise measurements.

Cell phones incorporate light sensors that adapt the brightness of the screen depending on the outdoor brightness, increasing the brightness outdoors in sunlight and lowering it when we are indoors or in dark environments.

On Android, developers have access to these sensors to take readings of the amount of light and from there develop an application that performs the function of a light meter. In addition, these apps not only measure the light but also give us the camera's configuration parameters to take the perfect photo.

Obviously, the accuracy of these luxmeters for Android is not the most reliable but as we have said before, it may be useful for most of the users. Anyway, and since they do not cost much, if you are passionate about photography, it would not be bad to buy a luxmeter here.