One of the most commonly used formulas in mathematics is that of calculate force from mass and acceleration of an object.

With our online calculator you will be able to obtain the value of any of these three magnitudes to save you unnecessary calculations. 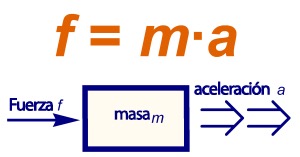 From here, we can use the following mathematical formula that gives rise to the title of this section:

The above expression refers to the Newton's second law which states that if a force is applied on a body, that body will vary its velocity and therefore, it will have an acceleration.

In some exercises may not give us the value of acceleration and instead provide us with the final and initial velocity of the mass. In that case, the formula for calculating the force from the mass and velocity would be as follows:

Remember that the acceleration is equal to the velocity times the time.

If we want to clear how much the acceleration is worth, the formula to use will be the following:

And finally, we can also calculate the value of the mass with the following expression:

When several forces act on an object 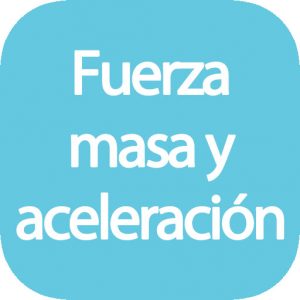 In the case that more than one force is applied on an object, then the mathematical formula must be applied individually for each of them but taking into account these cases: