We are used to calculate square roots or even the cube root of a number but what if we are asked calculate the fifth root? The procedure to follow is similar to the previous examples, although in this case, we have to look for a number that when raised to five, gives us the original number.

So that don't waste time calculating the fifth root of a numberwe have developed a calculator for this purpose. Just type the number, press the calculate button and you will immediately know its fifth root.

What is a fifth root? 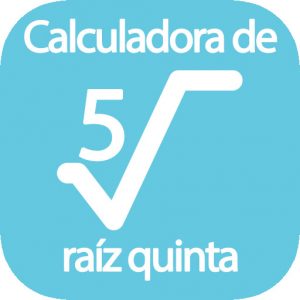 The fifth root of a number (x) is a mathematical operation such that there is a number (y) that when raised to five, that is, multiplied by itself five times, gives us the starting number x as a result. This can be summarized with the following expression:

In contrast to square roots or all roots with an even index, it is possible to carry out the following without problems fifth root of a negative numberwhich will give us as a result another negative number. This is due to the rule of signs but we show it with an example:

In the first case, we have that the fifth root of 7.776 is equal to 6, however, when calculating the root of that same quantity but with a negative symbol, we see that its root is equal to -6.

We are going to see a practical example of everything we have learned about the root with index five of a number. The fifth root of the number 243 is equal to 3. You can calculate it with our tool or by raising the number to the fourth:

If we calculate the fifth root of -243, we will have that its result is equal to -3. Remember the rule of signs that we have seen before.

In case it's still not clear, let's find out what is the fifth root of 32. To do this, we return to the initial approach in which we have to find a number that when multiplied by itself five times, gives us 32 as a result.

In this case the result is quite simple to obtain if you have worked with powers of two on a frequent basis. Let's see it:

We already have the answer we were looking for.

How to take a fifth root on a calculator 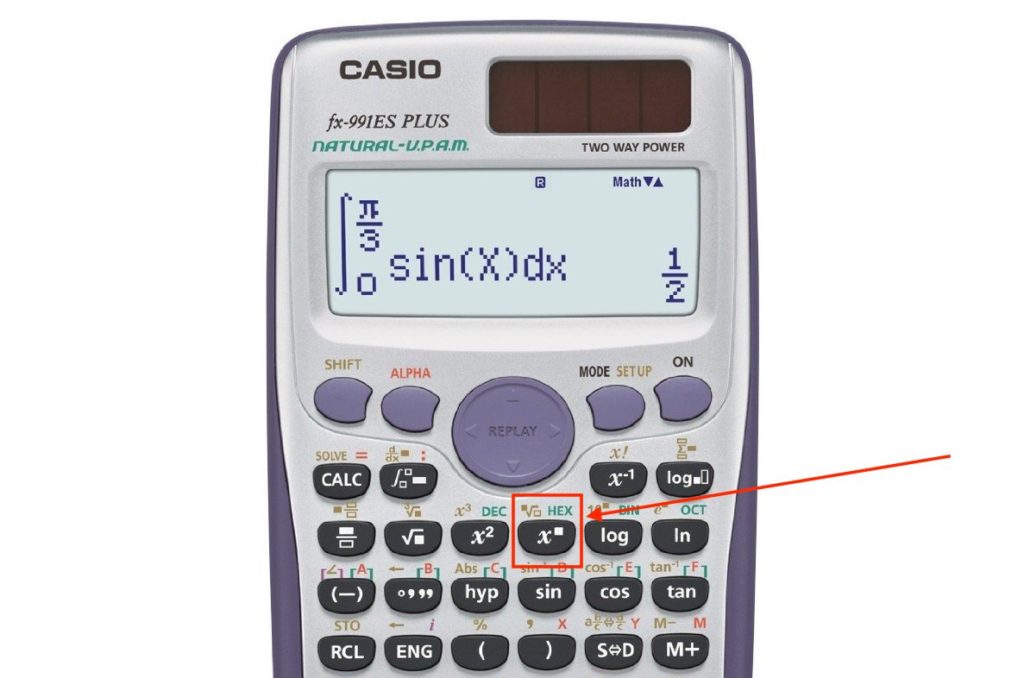 If you have a scientific calculator and you want to get the fifth root, you have to locate the button shown in the picture above these lines.

If you look closely, you'll see that the secondary function allows us to calculate the n-th root so it is valid to extract the fifth root, which is what we are looking for. How is it done? We explain it below.

Imagine that we want to calculate the fifth root of 1. To do this, we have to press the following key combination on the calculator:

It is important to remember to close the parenthesis that opens the calculator so that when pressing the equals key the operation does not give us an error. If you have done it well, you will get that the fifth root of 1 is equal to one.

With this method we have just explained you can calculate any root. Just change the index value to the one you want and that's it.

If you are going to use Excel to calculate fifth rootsThere is no specific function for this. However, there is an alternative method that consists of expressing the fifth root as a power.

For example, if we want to calculate the fifth root of 5we can also express it in this way 5(1/5). Este será el "truco" que usemos para poder calcularlas en Excel.

For example, let's see what the result of the previous example is so we write in Excel the following mathematical formula:

We will now calculate the fifth root of 2. To do this we put the formula in Excel as follows: