Uses the binary converter to convert a number to decimal, octal, hexadecimal or even ASCII format. This is especially useful in subjects and jobs related to the world of computer science or mathematics, being necessary to work with multiple number systems.

The IT world does not live by binary translators alone, so if you need it, we also have a wide range of number system converters to make it easier for you to work with binary, octal, hexadecimal, decimal or ASCII.

Here is a compilation of all the tools you can use to make your work or studies easier:

How to convert a decimal number to binary

If you want to learn how to convert a number to binary, in the link that we have just left you will get the process to follow and some practical examples so that you know how the conversion is performed.

In the same way, if you need convert a number from binary to decimal, in this other link you will find the relevant explanations and a tool that will do the calculation automatically for you.

How our binary translator works

Working in binary together with other number systems requires us to be constantly converting from one to the other and of course, this task has to be automated by using a binary translator such as the one we offer at Calculadora Conversor.

Although the operation of this binary converter is very simple, we are going to explain in detail how it works so that there is no doubt about it.

In this way, the calculator for binary I have helped us to convert a sequence in this system to four others at the same time, something that will allow us to save a lot of time and conversion errors.

Please note that if you want to learn more about the transition from binary to another system For all the details of each conversion, please refer to the links above. The binary translator is intended for people looking to convert from binary to decimal, octal, hexadecimal or ASCII.

Excel as a binary translator

Excel can also be used as binary translator to convert characters into different number systems. Here are the formulas you can use in Microsoft's spreadsheet program:

With these formulas written in one empty cell each, we will be able to convert from binary to decimal, hexadecimal and octal respectively. Of course, in parentheses you will have to write the binary number you want to translate to another number system.

Google Sheets as a binary converter

If instead of Excel you want to use Google Sheets (the browser's spreadsheet editor), there are also functions to make your own binary converter. In this case you should use the following:

In parentheses you must write the binary number you want to convert to decimal, hexadecimal or octal respectively.

The binary system is a numbering system in which there are only two symbols: zero and one. (0 y 1). In engineering, zero is a state in which there is no voltage while with one there is, which can as follows:

With this premise in mind, we can transform any symbol from other number systems to binary using the converters above these lines.

As with the decimal system, in binary we can also perform operations such as addition, subtraction, multiplication or division. If at a given moment you do not remember how to do them, what you can do is to convert the numbers to decimal, solve the operation and pass the obtained result to binary again.

Let's look at each binary operation of a short form with some examples:

Sum of numbers in binary

When adding two bits, the possible combinations are:

Subtraction of numbers in binary

If we want to subtract two bits, it looks like this:

Multiplication of numbers in binary

In the case of multiplications, we have that:

Divisions of numbers in binary

The divisions of two numbers in binary are resolved in exactly the same way as in the decimal system although when doing the subtractions within the division (to obtain the remainder), remember that you must also solve them in binary.

Table from binary to other number systems 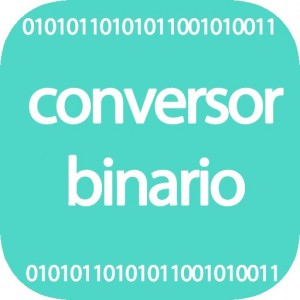 In the following table you have a equivalence of different symbols in decimal, binary, octal and decimal, so it can serve as a complement to our binary translator.

Of course, if you have any doubts about the use of the binary calculator or the conversion to any of the numerical systems we have mentioned in this page, write us a comment with total confidence and we will look for the solution to your problem as soon as possible. 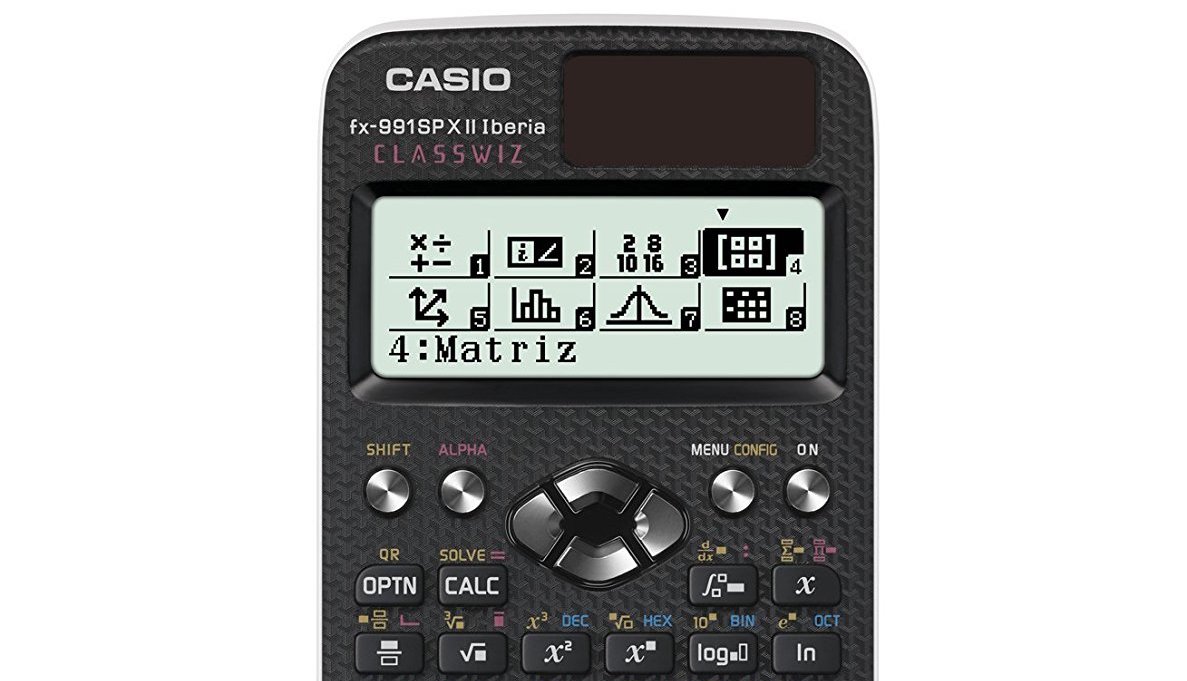 Do you have any Casio scientific calculator relatively modern? If so, you have in your possession a binary calculator It will allow you to convert to decimal, hexadecimal, binary or octal. How to use this calculator as a binary translator?

To begin with, locate in the binary calculator the Menu, Config, Mode or Setup button. Depending on the model you have, it will appear in one way or another although the location is usually in the upper right corner.

When you have located the above button, press it and selecciona la opción "Base-N". This will make the binary calculator work with the different number systems that you can locate such as DEC, HEX, BIN and OCT (it is the button panel in the last row of the image above these lines).

For example, if you want to convert from binary to hexadecimalyou will have to: