Do you want to know how long it takes to charge the battery of your smartphone, tablet or any other battery?

How does the battery charging time calculator work?

It simply takes into account the battery charging capacity and speed at which we are going to charge it, a factor that depends on the charging intensity provided by the charger to which you have connected the battery.

Thereafter, if the conditions are ideal and the charger is capable of providing a continuous, lossless output current, the load efficiency will be close to 100%.

If while you are charging your smartphone or tablet you are using it, you will be decreasing the efficiency of the charging process and obviously, It will take you longer to reach 100%.

How to charge a mobile or tablet battery faster?

There are a number of tips to charge your cell phone or tablet battery fasterBelow you will find them so that you can put them into practice:

Charging time of an iPhone 7

Let's see How long does it take to charge the iPhone 7? if we charge it in the computer or with its official charger.

These are not excessive times although it is clear that by using the charger we reduce them by half. We could also using the iPad charger to reduce them even further as they give more output current although the iPhone will limit it to 1.5A as this is the maximum they accept at the moment.

Will the iPhone 8 have a fast charging system?

Charging time of a Power Bank

There are many different types of external batteries or Power Bank (buy one, they're very cheap and can get you out of a jam) and there are models with very different capabilities. So, take a look at the loading times depending on the capacity you have.

As you can see, the charging times of a Power Bank can be very high if we choose models with higher capacity. For everyday use, it is recommended that you buy one of 2000 mAh to 5000 mAh as this will allow you to fully charge your phone between one and three times.

Unless you make very long trips where electricity is not available, avoid higher capacity models as, in addition to being large, they weigh considerably.

If you are interested in When buying a Power Bank, pay attention to the following features as:

How does the fast charging system of a cell phone or tablet work?

The latest cell phone models come with a fast battery charging system How does it work?

We have already seen that the charging time of a battery depends exclusively on the load intensity provided by the charger (the mA). A fast charging system basically accepts a higher current than the usual 1.5A of USB chargers when the battery is deeply discharged.

As the terminator is charged, the speed is self-regulating and returns to normal, hence manufacturers such as Samsung offer fast charging systems up to a specific percentage such as the 70%.

That's right, fast charging a battery is not the right thing to do. The slower you charge a battery, the longer you will prolong its life, so do not use the fast charging system every night if you are going to go to bed and you do not care if your phone or tablet is charged in a couple of hours or in 45 minutes. That will make your battery age much better, retaining more capacity when you already have hundreds of charge cycles done.

Why does the Samsung Galaxy Note 7 explode? 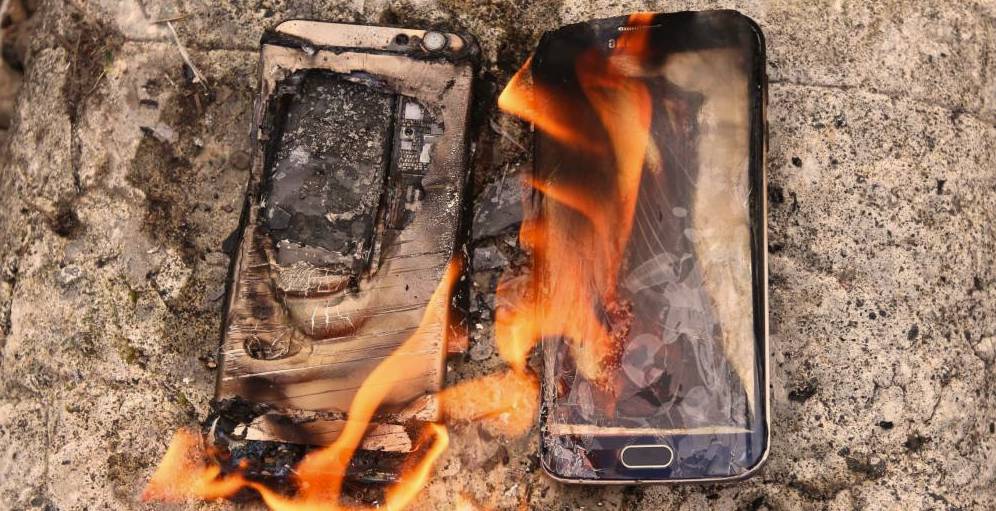 As we have just indicated, the slower a battery charges, the better.

The Samsung Galaxy Note 7 is (or was) a handset with a very large battery that has tried to be charged too quicklyThis has caused it to become unstable during the unstable process, causing the terminal to deflagrate or, in other words, to overheat, causing burns followed by an intense amount of toxic smoke which, if breathed, can be very harmful to health.

Galaxy Note 7 explosions could have happened during the charging process or spontaneouslyOnce the battery has become unstable, it progressively increases in size (swells) until it reaches a point where it can no longer withstand this state and deflagrates.

As a result, Samsung has had to immediately stop selling the Galaxy Note 7 around the world, causing losses in the millions for the company and undermining user confidence.

It is no joke if I tell you that las baterías son "pequeñas bombas" that require care, so you should always go for quality and original products because cheap can be very expensive. If you take care of your battery and charge it properly, you will avoid experiences like those of the Note 7. If you have an old cell phone at home whose battery is swollen, take it for recycling immediately or handle it very carefully to avoid scares and burns caused by your battery.